Aiden's first introduction into DJ culture was through a friend he met in 1997 after moving from his hometown of Lodi, California to the musically rich culture of Philadelphia, Pennsylvania.  In late 1997 Aiden was introduced to a CD series called "Bangin' The Box" by a legendary house DJ from Chicago, Bad Boy Bill.  Bad Boy Bill's style of mixing would become a major influence on Aiden's style.  He quickly bought turntables, started digging for vinyl, and began to learn the art of mixing.

Fast forward to 2002 and Aiden's true style on the turntables started to take form.  His love of all genres of music allowed him to break away from only mixing house records and developed into an open-format / "party rock" style of DJing.  Aiden didn't want to be stereotyped into being a single genre DJ. He began learning how to seamlessly mix rock with hip hop & house, reggae with funk, and so on.  Aiden was determined to have the musical knowledge to be put in front of any crowd and play any genre of music respectfully.

Over the 10 years since Aiden developed his "anything goes" style on the turntables he has became a tastemaker in the Philadelphia nightlife scene.  In 2010 Aiden became a DJ for the world famous Scratch Academy who booked him for a one month "celebrity DJ" tour on the worlds largest cruise ship, The Oasis of the Seas. Scratch still uses Aiden for corporate in-store events for major retailers throughout the Tri-State area.

Also in 2010 Aiden was selected as the resident DJ for the brand new House of Blues Party Pit that was created in Atlantic City's Showboat Casino.  He remained the main DJ for the room for 3 years. During Aiden's time with House of Blues he had the opportunity to DJ with some major bands; Third Eye Blind, Tonic, Fuel, Tommy Lee, Filter, Trapt, Alien Ant Farm, & more.  He has also DJ'd official after parties for Third Eye Blind, Korn, Disturbed, Slightly Stoopid, Maroon 5 & more...

In 2012 Aiden became one of the official Spring Break DJs for Student City.  Student City has since placed Aiden in Punta Cana, Dominican Republic (2012 & 2013) as well as Nassau, Bahamas (2014) where he performed for spring breakers from all over the country.

(UPDATE for 2014) Aiden has recently adopted Video DJing into his skill set for venues that have the ability to support video.

Needless to say, Aiden's career behind the turntables is far from over.  Currently diving deeper remixing, production and Video DJing; there are many more exciting things to come from Aiden Scott.  If you book Aiden for your event, you will, without a doubt, get a dynamic DJ who's comfortable in front of any crowd.  No dance floor is too big or small.

Outside of the United States 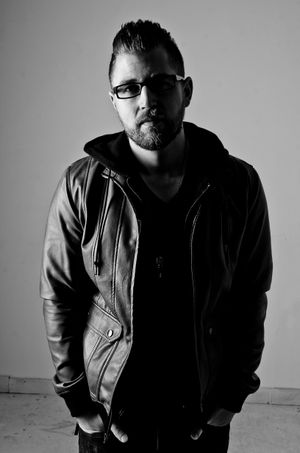